Sean is living life to its fullest 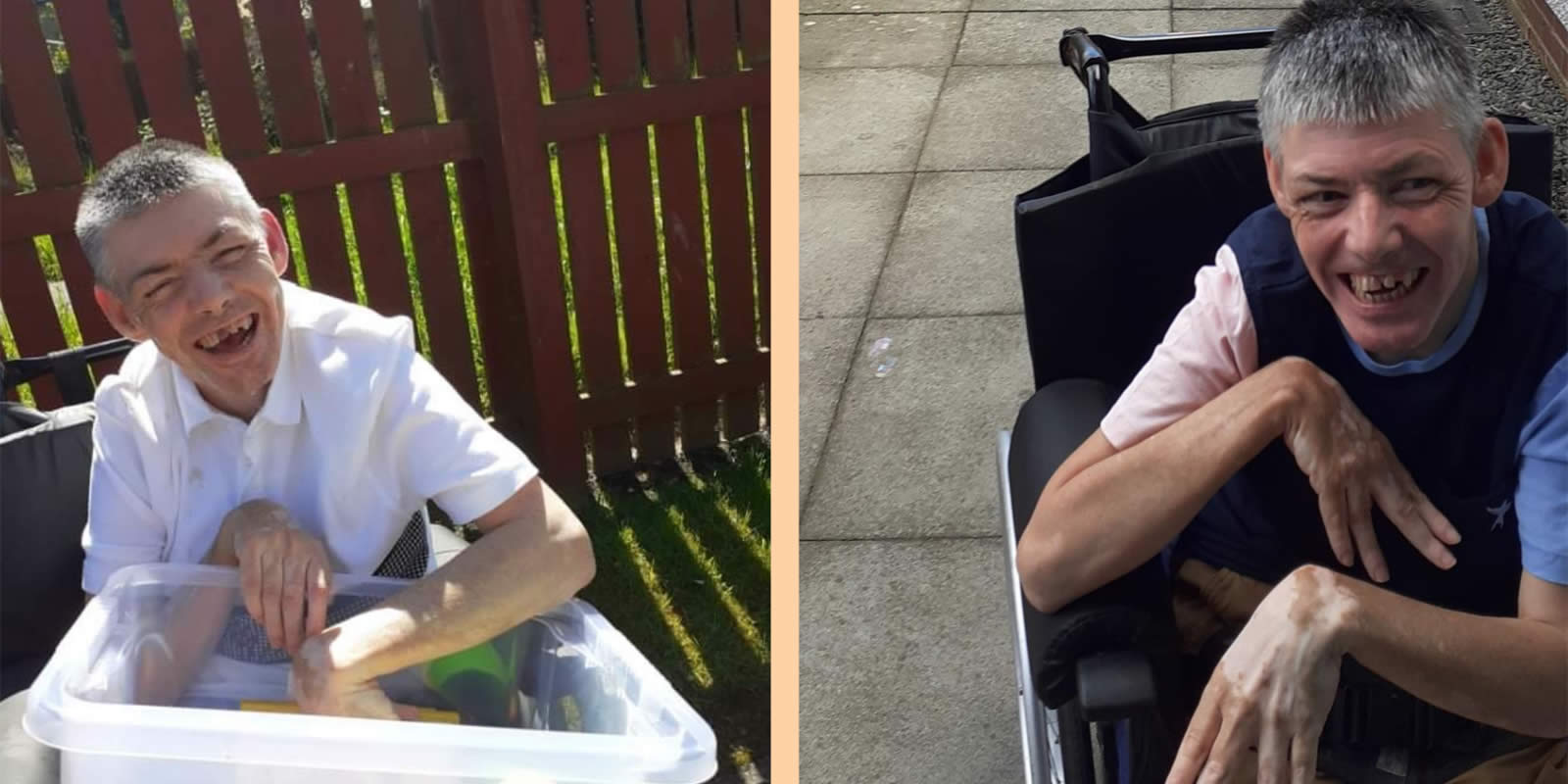 Seans motto is to live life to the fullest. He teaches us every day that whatever the circumstances; its important to live a happy life of your choosing.

At the age of three, Sean moved from home into a large residential hospital to live in an environment that at the time, was thought to be best for his complex support and care needs.

He continued to have a great relationship with his mum, and was happy. As the wards got bigger, it became more difficult for Sean to live a life of his choosing, and the support that had been abundant at the beginning, began to ebb and flow.

In 2003, we had just opened a new service in Larbert, Forth Valley; a spacious new bungalow designed for people with complex support needs.

Sean was the tenant we were looking for, and he was one of the very first people to move into his new home, along with three others in May 2003. We were all thrilled.

Nearly 20 years later and he has gone from strength to strength. The shift from living in busy old hospital wards, to living in the community in a modern and specifically designed bungalow was quite overwhelming for Sean initially. However, it didnt take long for him to settle in and become the boss! Best of all, he now gets to choose how he lives his life.

He is more independent, curious, fun; and above all else, happy. Over the years, our team has worked closely with Sean, getting to know his likes and dislikes. Together, weve created support that works for him as an individual.

We truly believe that Sean has had some of the best years of his life ahead of him, and well be there (if he wants us) every step of the way.

Our person-centred approach sets Carr Gomm apart from the crowd. Find out why it makes us different