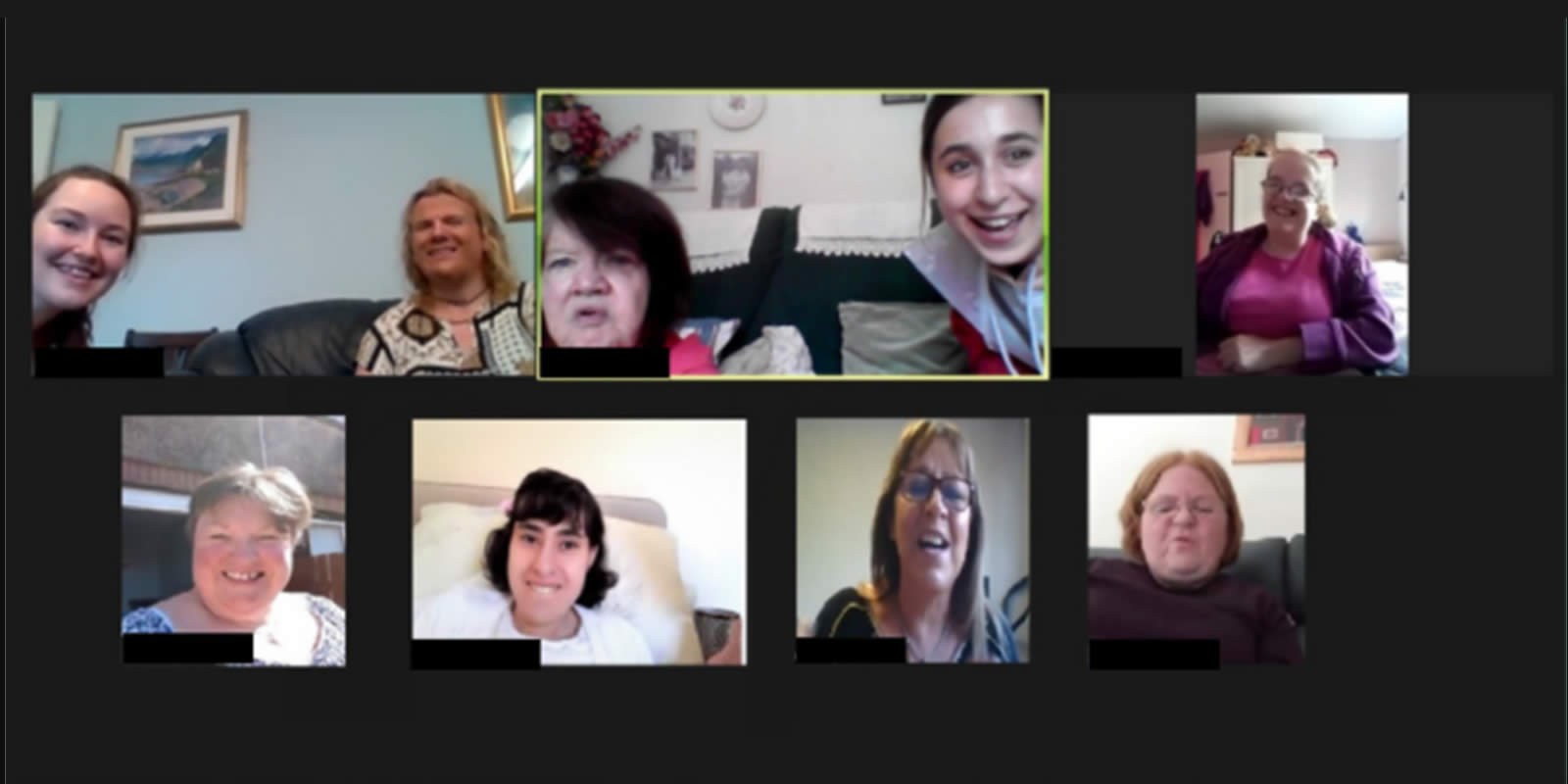 Our services in Stirling have embraced the Digital Inclusion Project. As a result, people are enjoying old hobbies in new ways.

During lockdown, Robert found himself increasingly socially isolated. Receiving an iPad opened the world back up to him. He loves mountains and walking and now uses Pinterest to look at scenic pictures. He also enjoys capturing photos on his iPad and is looking forward to a time when he can take it on holiday!

John has reignited his love of music and strengthened his connection to people who are sadly no longer with him.

“I recorded three songs at the hospice with a friend I had there. My friend died in 2019 and that made me want to record another song even more. That’s when Mike mentioned we could do it. We’re doing Somewhere Only We Know by Keane which I like as it reminds me of my Nana. We used to listen to it together all the time so in a way, I wanted to record it for her.”