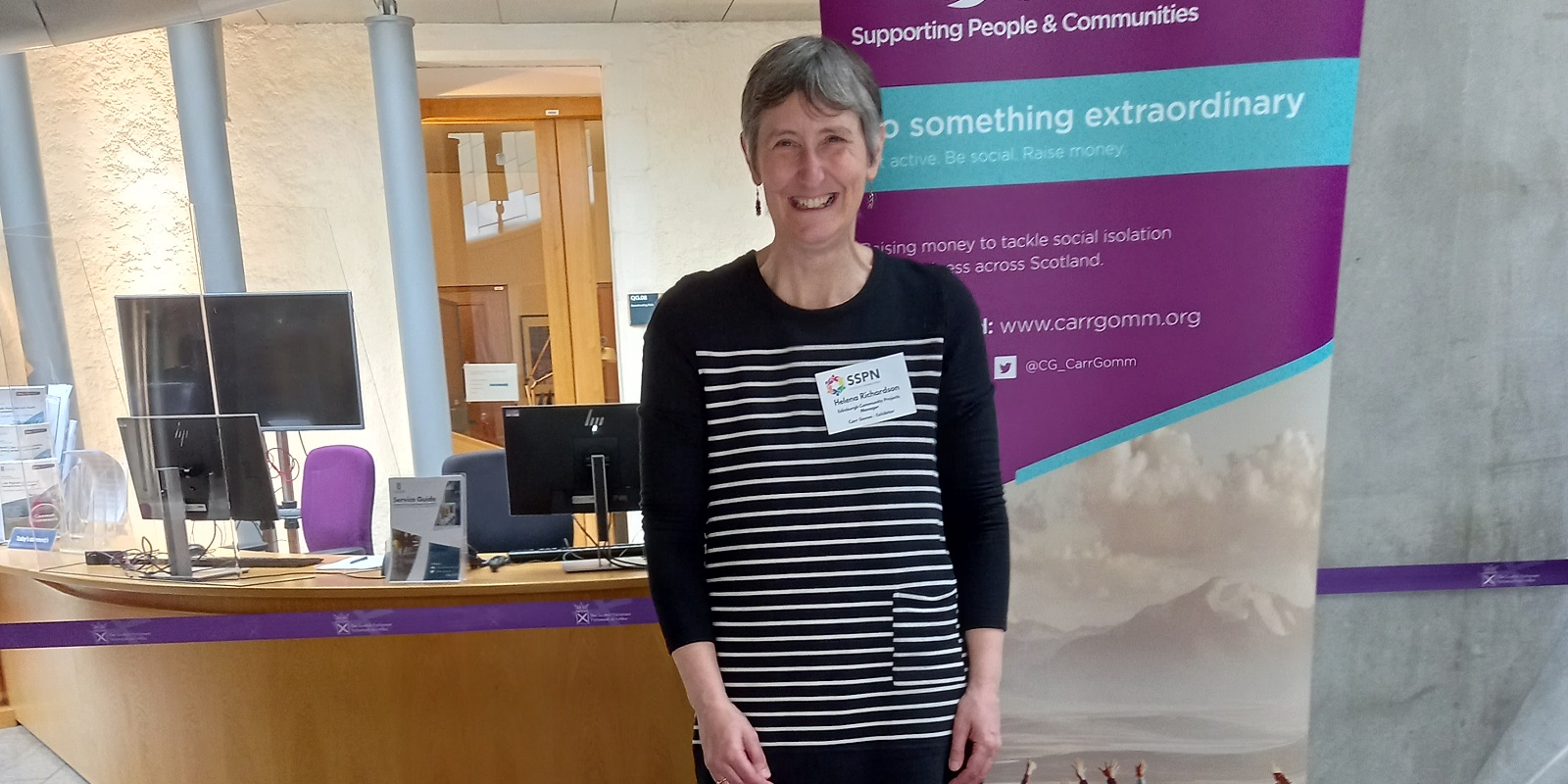 Helena Richards, Edinburgh Community Projects Worker, shares her findings when she asked Craigmillar patients about their experience of onward referral by a Community Link Worker. Was it effective and what did it mean to the people who were referred?

In 2019 I went down to London and did a day’s training on Social Value Evaluation. The concept of going all that way for something which would now be delivered online is mindboggling, but as a result, I was commissioned to fill an identified gap in the Edinburgh Community Link Worker Network’s evaluation using some of the social value methodologies I had learnt. We were keen to find out how patients found the experience of being referred on to other organisations by Community Link Workers. Key questions we wanted answering included:

So in the Autumn of 2020 I undertook a small pilot in one practice in Craigmillar where one of the Community Link Workers I manage is based.

Working with a small group from the Edinburgh Network, I designed a questionnaire and sent it out, using pre-paid envelopes to help increase the return rate.

It met with only moderate success. People lost the questionnaire, or were too busy to fill it in, or, who knows, couldn’t be bothered? And this from a hand-picked group of about 10. So we changed tack and put it onto a Google form and used SMS text messaging for the rest of the Practice, which resulted in a 21% return rate and some good quality, useful feedback.

I think it’s a great service and really helped me at the time. E was very supportive and easy to talk to and never made me feel like I was putting her out, even on my worst days when it was hard to do anything she helped me stay positive.

However, this being a small practice, we still didn’t have a large amount of data, leading to an agreement that I’d evaluate the other four practices where I have Community Link Workers based in the area. Using the same questionnaire, I again used SMS text messaging, only this time I bought in software to do bulk texting from my laptop as I was sending several thousand and didn’t fancy doing it manually! Each practice had a different link to a different Google form so the results could be kept separate and there was the option in the text for the patient to contact me to request a paper form (which around a dozen people did).

So, what did we find?

On the whole, the people who responded, saw this an opportunity to tell their (largely positive) story of their experience with the Community Link Worker service. Some people raved about it. Others were extremely eloquent and described the difference it had made to their lives and those of their families. There are some touching descriptions of patients who found new confidence, discovered communities, got jobs, were awarded benefits, and were given new hope in dark and difficult situations.

“He opened my eyes to what is available to do the area. I hated the place at the beginning and I was feeling pretty down but we are settled now. And we engage with gardens, events and toddler groups”

Of course, the group who responded is only around one fifth of those who were contacted. And we’ll never know what this larger group thought or why they didn’t get back to us. The texting software does provide some feedback – some numbers were no longer in operation, and some rejected the texts. Others just ignored them, which is a shame.

We did our best to make the questionnaire accessible by offering paper copies to everyone who requested one, knowing that digital inclusion would be an issue and not everyone would have a smart phone. Nonetheless, a comparison of return rates and age profile in two of the practices makes me wonder if it was a factor and whether we need to do more to mitigate against this, should we do something similar again.

Bearing in mind the overall response rate was 17%

“I gained so much weight and was so depressed during shielding, unable to go to a standard gym. I didn’t know the Thistle existed before he suggested it. I am forever grateful for him to helping me pull through such a dark place.”

You can read the full summary of Helena’s findings.